Use this widget to see how long cards stayed in a specific list or progress, for example number of days in average on "To do" list.

The board flow is a graphical representation of the sequence in which the cards are moved along the lists.

To learn how to add a new widget, access: https://help.placker.com/en/articles/3078854-how-to-manage-dashboard-widgets

Type of Board Flow 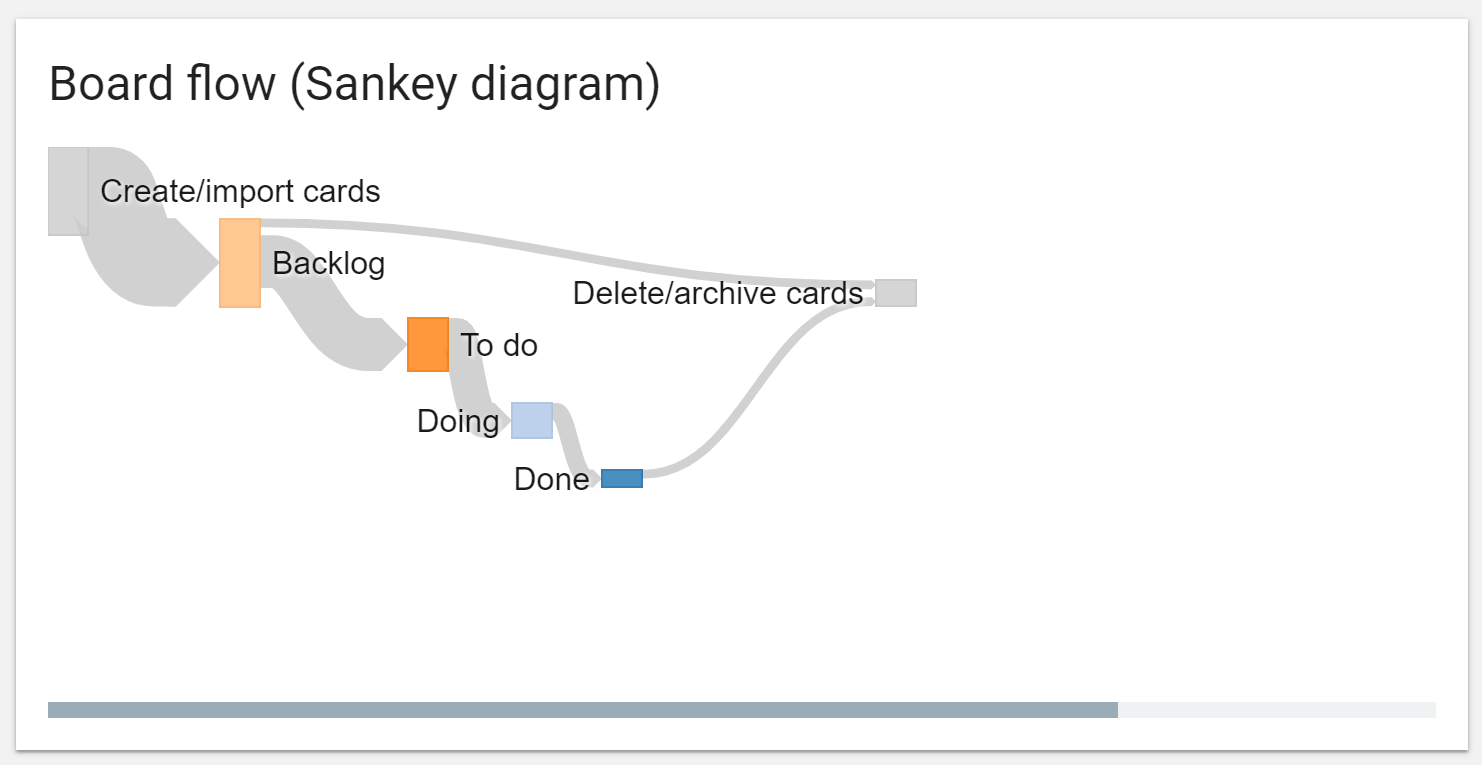 Cycle time: measures the time between entering and leaving a list. The following example shows that cards have stayed an average of 25 days in the “Later” list.

Lead time: measures the time between entering a list and reaching the target list. In this example, it takes in average 5 days for a card to be moved from “Next” to “Cancelled”

Other options in Board flow

It is possible to toggle whether the calculation will take into account the created/imported card inflow, archived/deleted card outflow, and archived cards in flow.