Placker graphs are diagrams in a track view that show the relation between two or more variables, each measured along one of a pair of axes at right angles.

When you add a widget and set the type to graph, there will be many options of graph. 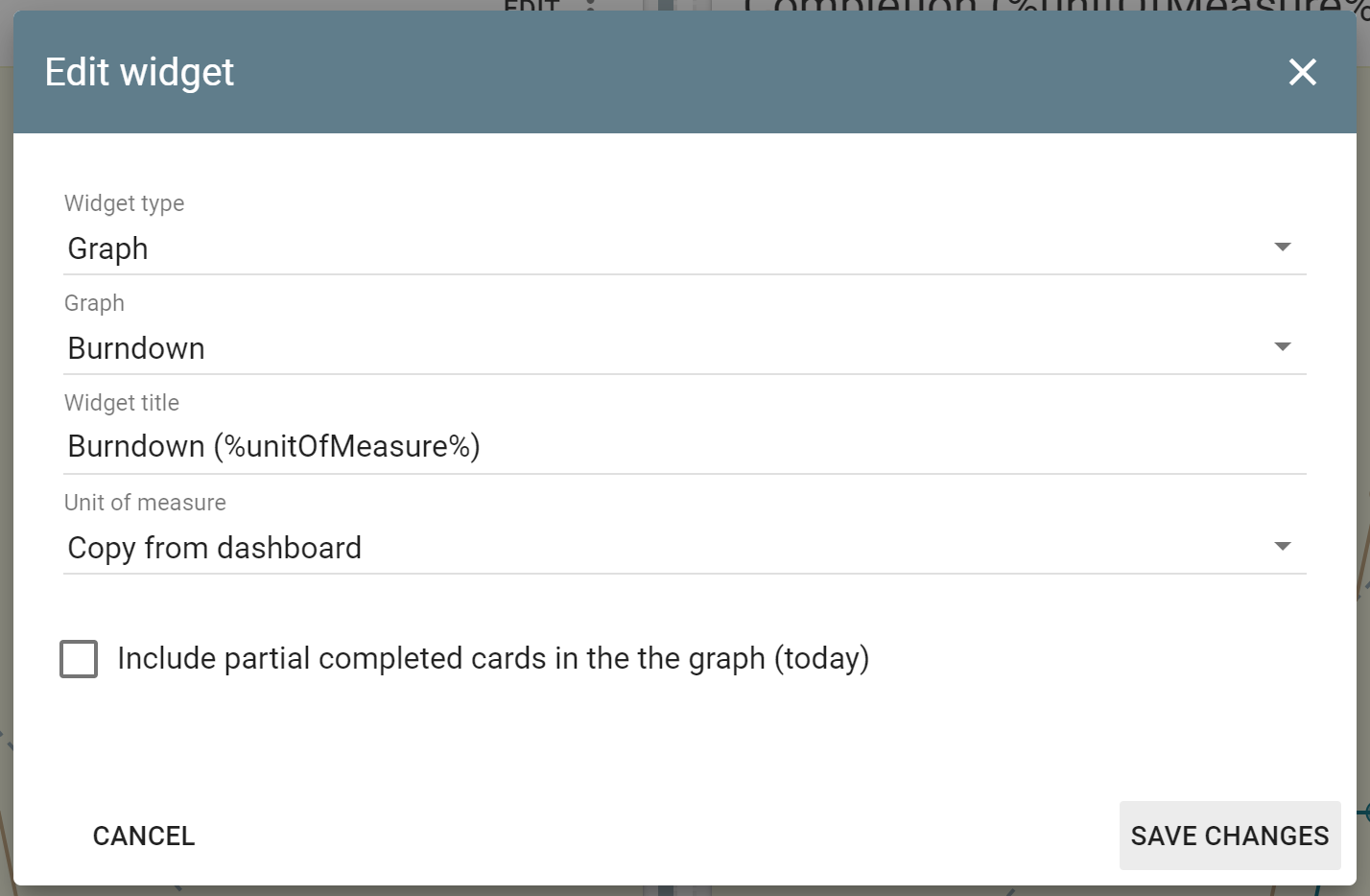 You will find in this article the most common types of graphs and see what analyses are possible with this widget. 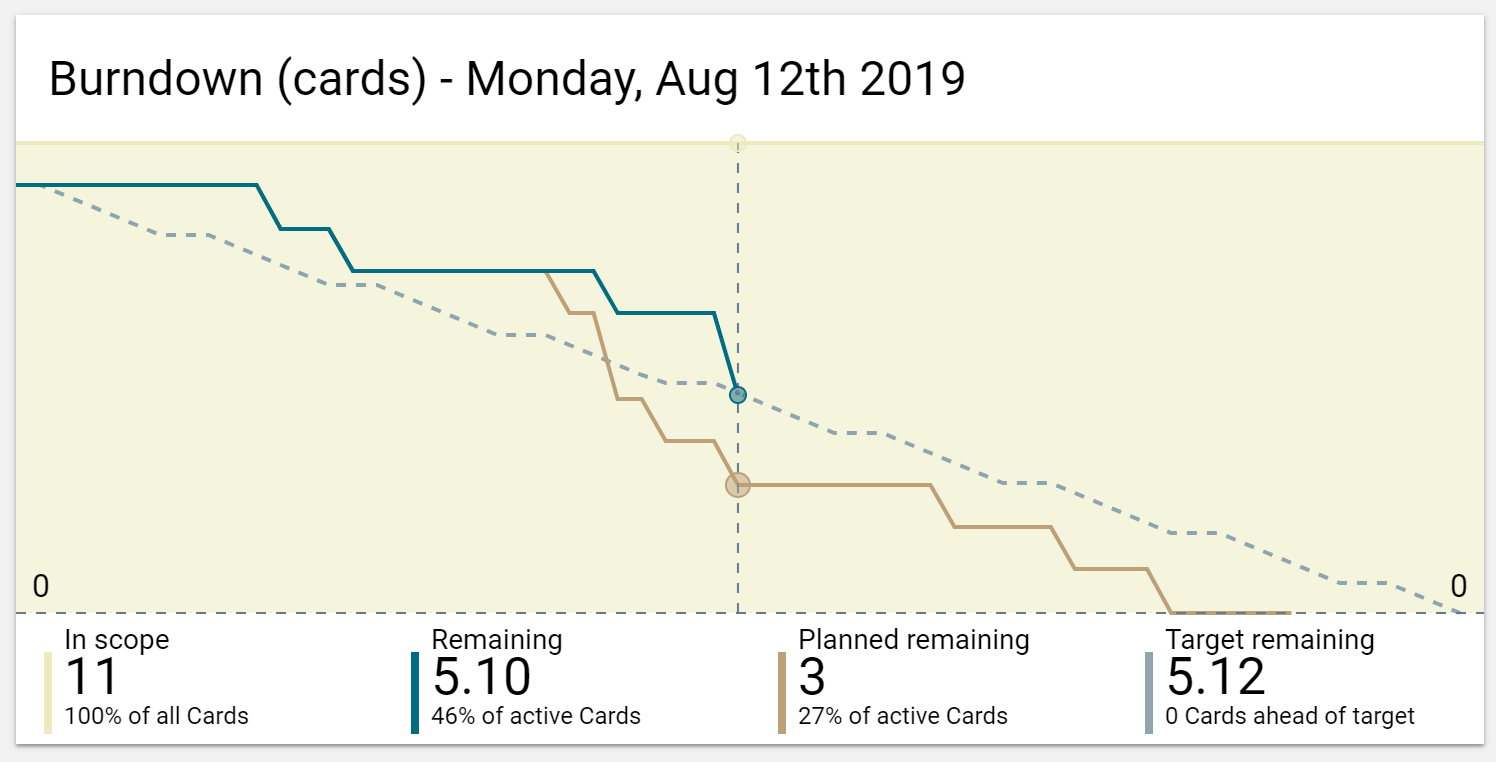 A burndown chart shows the remaining work in a timeline. The remaining work (or backlog) is on the vertical axis, while the days are on the horizontal. This is useful for predicting when the work will be completed.

There are many elements in Placker burndown charts: 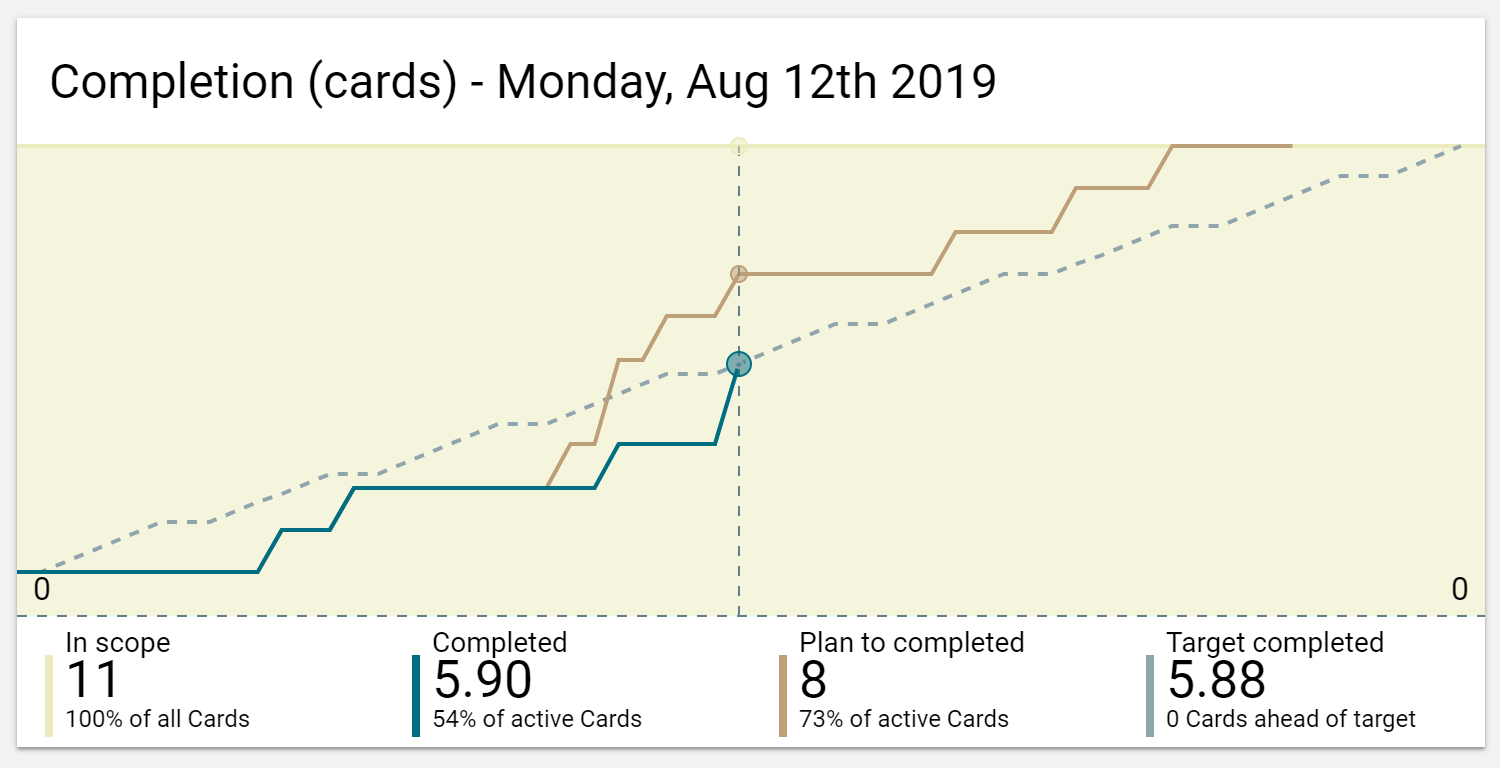 The example below is from the same example project as the previously shown burndown chart. It's possible to see that it has 5.90 completed, and the previous example showed 5.10 remaining cards. This makes sense, because there are 11 cards in total (5.10 + 5.90). 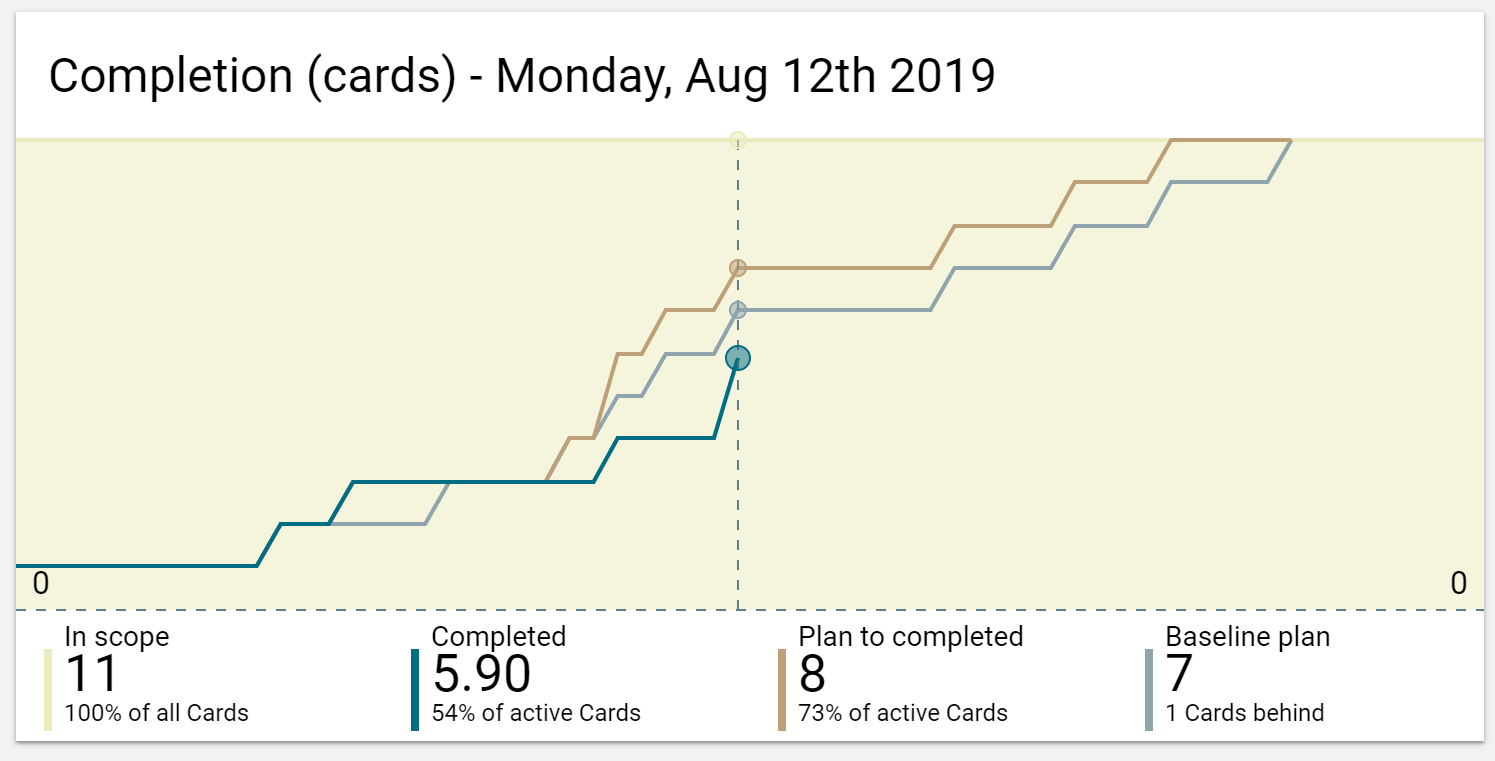 The difference between this graph and the previous is that it doesn't show the dashed target completed cards, but shows baseline planned cards instead.

The baseline is usually saved after the planning process of the project and allows the manager to compare the actual progress to the one in the first version.

A cumulative flow diagram is an area graph that depicts the quantity of cards in a specific status.

In the following example, it is possible to see the evolution in the number of open, in progress, pending and completed cards. 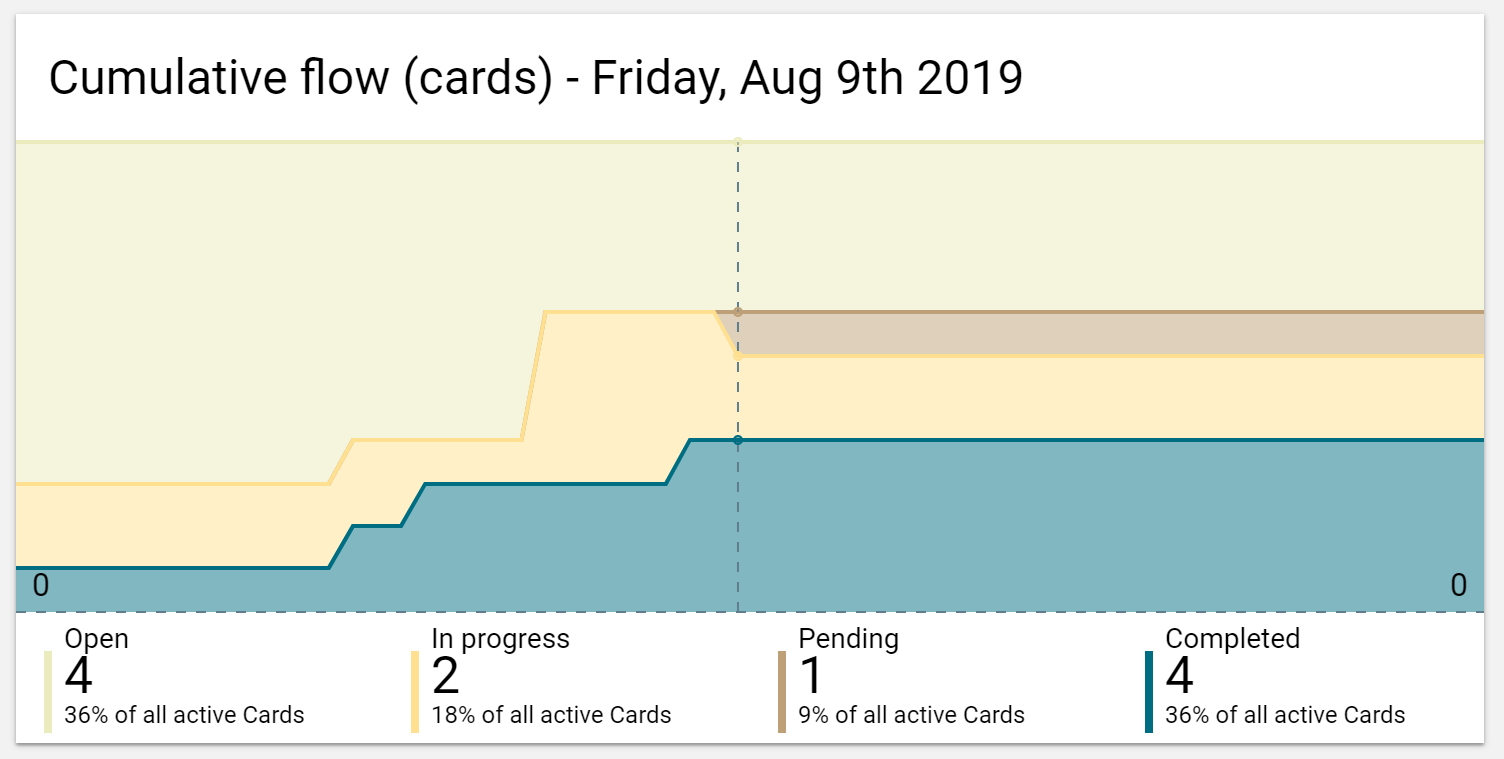 This graph shows the number of cards scheduled to a specific date. It informs the rate of production, which is represented by the cards.

In the example below, on Aug 9th, there were 0 cards completed, while there was 1 card planned to be completed on this date.

Also, there is an average throughput of 0.13 cards per day. In other words, it takes roughly 8 days to complete 1 card (1 / 0.13). Nevertheless, the target throughput is 0.23, which also means that the pace of production should be bigger in order to meet the end date of the board. 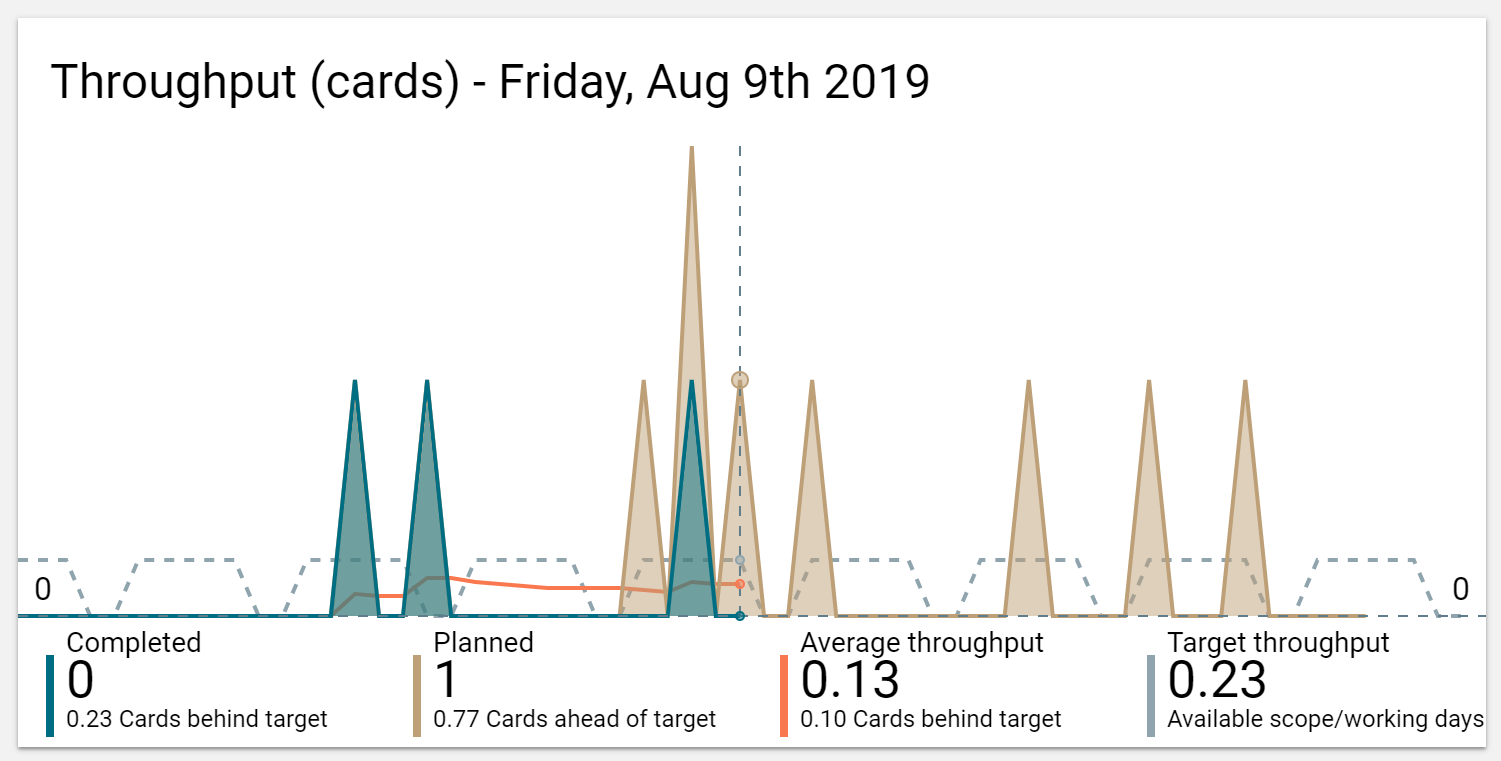 Also in a timeline, this graph shows for each date the number of: 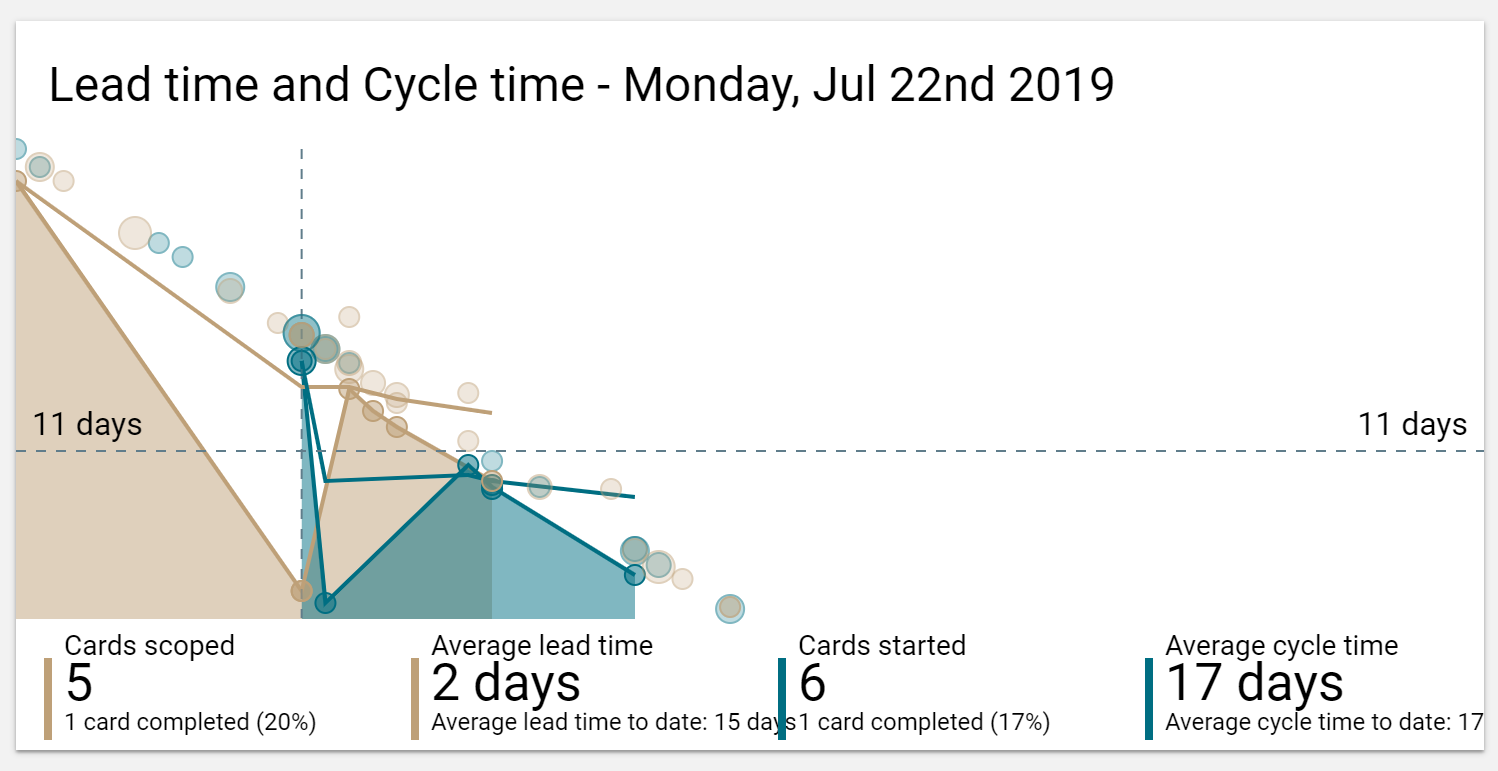 When editing a graph widget, it is also possible to change the unit of measure (use effort instead of number of cards, for example) and enable partial completed cards to be counted in the calculation.

Other things that might affect the numbers of the graphs are filters and date ranges.

Include partial completed cards in the graph

This option will show cards that are in progress to count proportionally in the completed blue curve. It will also be considered complete the in the % complete indicator.